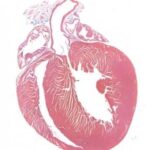 1p36 deletion syndrome is a genetic disorder caused by deletion of specific regions in p arm of chromosome 1 (1p36). Deletion of chromosome 1p36 is one of the most common terminal deletions in humans and found in children with incidence of 1 in 5,000 newborns. People carrying terminal or interstitial deletions have problems in the heart, the brain, growth, vision, and intelligence. A few genes are suggested as a causative gene for defects seen in 1p36 deletion syndrome due to wide range of deletion length. We have unveiled that RERE is one of the causative genes for symptoms seen in these individuals by using the mouse models (RERE-deficient mice) in which function of RERE is limited. RERE-deficient mice show similar defects developed in 1p36 deletion syndrome. We also described that individuals with single mutations in RERE gene present many of defects seen in 1p36 deletion syndrome.

Our research is currently published in Disease Models & Mechanisms 2018