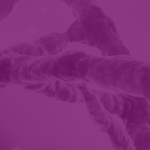 Leaky connexin (Cx) hemichannels have been linked to several incurable human diseases. Researchers, Kuang et al, based at ShanghaiTech University, in collaboration with our consortium member CNR Monterotondo, have recently assessed an anti-connexin antibody’s effectiveness using mice. The researchers previously characterised the antibody and found it was effective against abnormally active Cx hemichannels. Kuang et al emphasised that anti-Cx antibodies could act as effective therapies for debilitating human diseases and the need for further research for finding similar antibodies.

What are Connexin Hemichannels?

Connexin hemichannels, otherwise known as connexons, are a type of protein complex found on the surface of cells. Like many other types of protein channel, connexons help regulate the entry and exit of different substances within a cell. They are also known to pair up to form ‘gap junctions’, another type of channel that is vital for cell-to-cell communication. Connexons have been found to have a massive range of roles in the human body and have also been linked to a wide range of diseases.

Connexin hemichannels are made from several proteins called connexins. Connexins combine together to form a hemichannel complex and are products of Cx genes. Mutations in these genes can change the structure of the connexin products, causing the hemichannels to become ‘leaky’ or abnormally active. 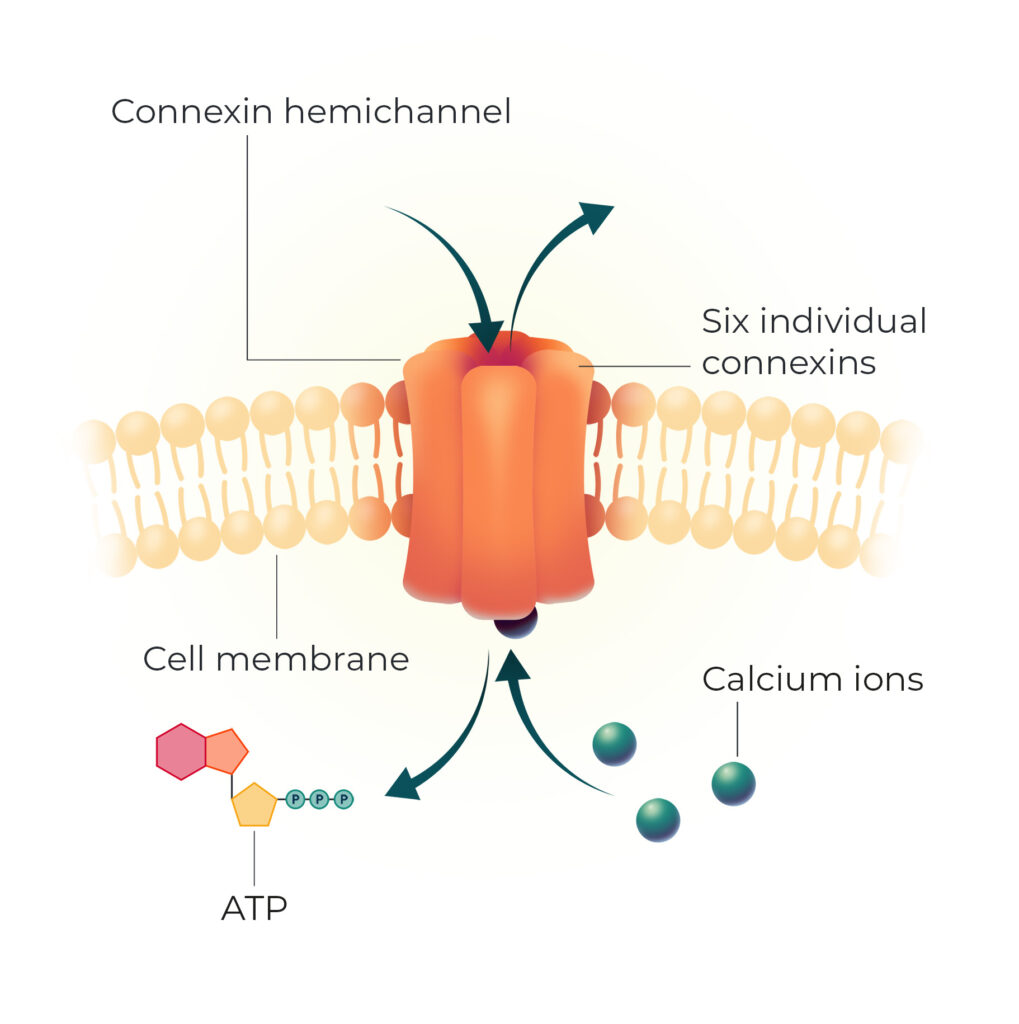 This study focused on a particular connexin hemichannel called Cx30. Cx30 is found at high levels in nail beds, nail matrixes and hair follicles and is more highly produced during wound healing or in hyper-proliferative skin disorders. Two variants of the Cx30 gene (Cx30 p.A88V and p.G11R) that cause disease, specifically Clouston syndrome, generate leaky hemichannels.

What is Clouston Syndrome?

Clouston syndrome is characterised by the abnormal development of hair, nails, skin, teeth and sweat glands. This can present as patchy and fragile hair, total hair loss, thick or misshapen nails, thickened skin around the hands and feet and hyperpigmentation of the skin around joints.

Why are Calcium Ions and Sebaceous Glands Important?

Cells expressing either of the two disease variants above express ‘leaky’ hemichannels that leak ATP (our primary energy currency used for many cell processes) which can result in cell death. The disease variants have also been connected with over-activation of proteins that directly control cell death. Inaccurate or disrupted control of cell death can quickly cause disease in humans. 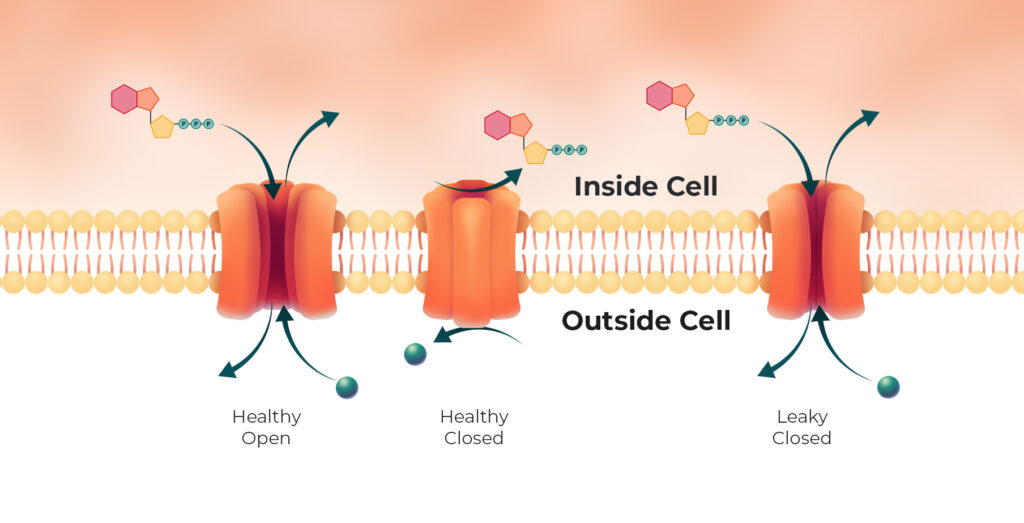 ATP leakage can upset the delicate balance of calcium ions (Ca2+) in the skin which needs to be maintained for healthy functioning of the epidermal barrier. Calcium ions regulate important processes like cell division and these processes can become disrupted if the ion balance is changed.

Mice expressing the p.A88V disease variant of Cx30 showed enlarged sebaceous glands (SGs) – glands in your skin that secrete sebum which is an oily substance that lubricates and protects the skin and hair. This SG enlargement was caused by an increased number of sebocytes (specialised cells found in sebaceous glands that release sebum) and keratinocytes (cells that are vital for maintaining the protective barrier of the skin.) 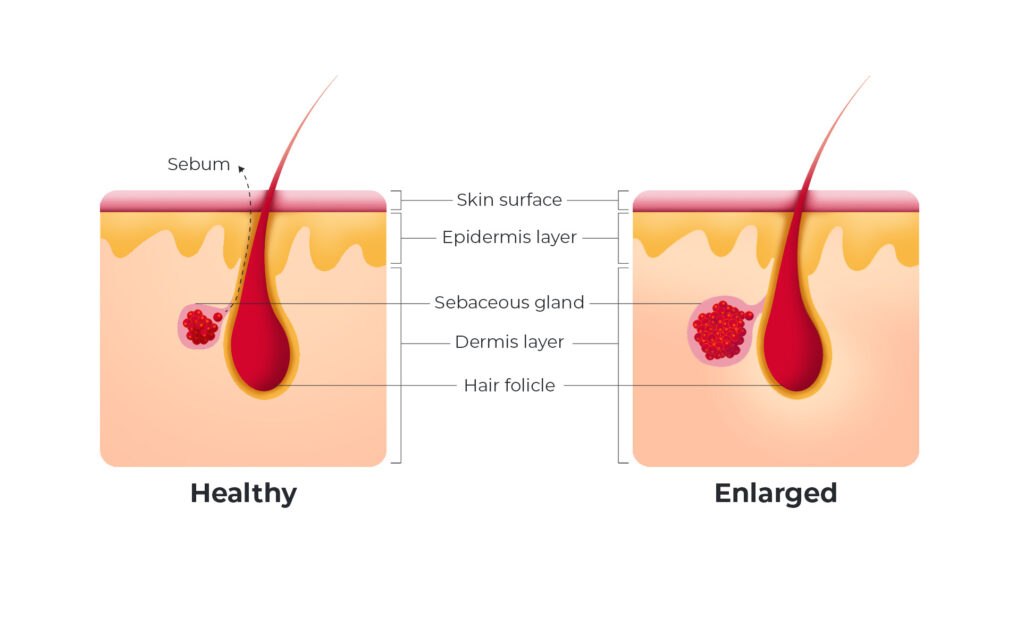 ATP, calcium ions, SG size and sebocyte count were, therefore, all factors Kuang et al used to measure the effectiveness of the antibody.

What are mouse models and why do we use them? A mouse model has a specific genetic background that helps us study human disease, produce therapies and find out what genes do. They are often genetically edited to represent specific disease characteristics.

The researchers had previously generated an antibody called abEC1.1 that could bind to connexin. They also made a ‘chimeric’ version of the antibody that was part mouse, designated as abEC1.1m. Initial testing found that these antibodies bound well to Cx26, 30 and 32 hemichannels.

What Did The Researchers Find?

Kuang et al conducted a series of tests to find a safe and effective dosage of the antibody and to evaluate different administration methods. They tested both topical cream treatment and systemic treatments (intraperitoneal and caudal vein injections.) Topical treatment of abEC1.1 and intraperitoneal injection of abEC1.1m over two weeks reduced over-proliferation of cells and sebaceous gland increase in size (hypertrophy.)

The researchers then looked into whether the antibody had an impact on ATP and calcium ion signalling deregulation, both being key signs of leaky Cx hemichannels. They found that abEC1.1 had an inhibitory effect on abnormal Ca2+ entry as well as observing significantly reduced ATP release.

Why is this Important?

Kuang et al concluded that abEC1.1 successfully blocks disrupted ATP release and Ca2+ signalling and, as a result, the antibody could help rebalance these key signalling pathways and “gain control over leaky hemichannels and contribute to restoring rapidly epidermal homeostasis.”

This study opens up a new avenue of antibody use in regards to “taming the activity of more active or hyperactive hemichannels.” Different leaky Cx hemichannels cause different human diseases. The Chinese/Italian research team previously found that the same antibody is effective against two keratitis-ichthyosis-deafness (KID) disease variants in Cx26, in which Ca2+ was a major factor. At least three variants of Cx32 have been implicated in Charcot-Marie-Tooth disease (CMT1X) in which deregulated ATP release could be a cause. Kuang et al note that:

“[there are] few therapeutic antibodies that address dermatological conditions or neurodegeneration, [in which] abEC1.1 might be effective.”

Connexins have been implicated in a wide range of complex diseases, including but not limited to IRI, diabetic ulcers, epidermal and corneal wounds, heart issues, cataracts, leukodystrophy, spastic paraplegia, lymphoedema, hearing loss and many inherited skin diseases. Kuang et al highlighted that further research could create more Cx hemichannel antibodies and could potentially treat any number of the above diseases.

“The search for new antibodies may develop and unprecedented potential for therapeutic applications, well beyond the realm of rare diseases…we believe this work has widened the scope of therapeutic strategies targeting connexins and encourages further studies to characterize abEC1.1 as a tool to combat diseases caused by abnormally active Cx hemichannels.”

They continue: “The demonstrated efficacy of abEC1.1 in reaching and blocking hemichannels…should stimulate an interest for developing similar antibodies that can modulate selectively other connexin hemichannels.” Antibodies are proving to be a great target for research on rare diseases and other medical areas in Biology. The IMPC aims to continue to be a valuable resource where researchers worldwide can easily find mouse models for all areas of bio-research, as well as a wide range of diseases and phenotypes that affect humans.