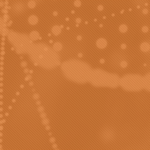 The Knockout Mouse Programme (KOMP) is a trans-NIH initiative to generate, together with the other members of the International Knockout Mouse Consortium (IKMC), a public resource of mouse embryonic stem (ES) cells containing a null mutation in every gene in the mouse genome. By using two complementary targeting strategies, KOMP produces both conditional and null mutants.

Roles and data flow within the KOMP production pipeline

The KOMP Data Coordination Center (KOMP DCC) is the central database resource for coordinating mouse gene targeting within KOMP. Data and tools provided by the DCC are used by KOMP administrators at NIH to prioritize new mouse genes for knockout experiments and assign them to KOMP production centers. The DCC tracks progress of the knockout production pipelines, collects, standardizes, and integrates KOMP data and makes the data available to all KOMP participants. The DCC also serves as the central public interface for the KOMP and provides web-based query and display tools for KOMP data. In addition, the website provides a tool for the scientific community to nominate genes of interest to be knocked-out by the KOMP. Using complementary targeting strategies, the two KOMP Production Centers CSD and Regeneron design and create targeting vectors, mutant ES cell lines and, to some extent, mutant mice, embryos or sperm and transfer these materials to the KOMP Repository. The KOMP Repository archives, maintains, and distributes KOMP products. Researchers can order products and get product information from the Repository. Researchers can also express interest in products that are still in the pipeline. They will then receive email notification as soon as these KOMP products are available for distribution. 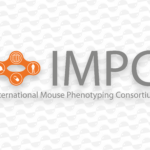