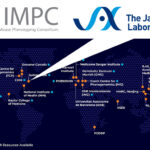 The film is titled “Science Still Doesn’t Understand How Our Sex Affects Our Health” and focuses on how sex can play a key role in scientific studies.

It includes interviews with several scientists studying the impact of sex on scientific results and highlights the IMPC collaborative publication, led by Natasha Karp and coordinated by Jacqui, that reported the prevalence of sexual dimorphism in mammalian phenotypic traits.